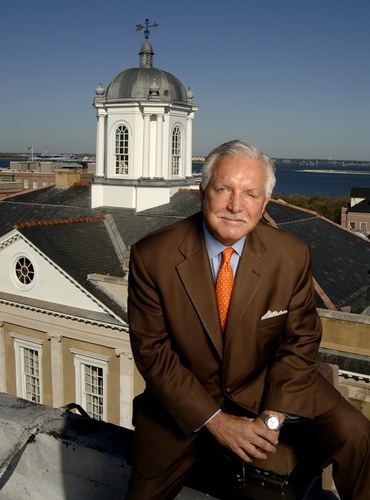 Tommy Baker was born in Charleston, South Carolina, close to the banks of the Wando and Cooper Rivers and the historic Charleston peninsula. He attended Moultrie High School, and after distinguishing himself on the baseball fields and the dance floors of the Lowcountry, graduated in 1964. Motivated by a desire to serve his country and the patriotism of many past generations of Charlestonians, Mr. Baker enlisted in the Marine Corps shortly after graduation. His service took him far from Charleston, to Okinawa in Japan and finally back home in 1968 where he enrolled at The Citadel, South Carolina’s preeminent Military College, as a member of the Class of 1972 from the Veterans Program.


After spending 25 years as an automobile dealer across the South, Mr. Baker felt it was time to return to his first love, Charleston. Combining his extensive experience with acute business savvy and his one-of-a-kind amicable personality, Mr. Baker founded Baker Motor Company in 1988. After starting out on Morrison Drive in Downtown Charleston with a single dealership, Mr. Baker has since expanded Baker Motor Company to now include Mercedes-Benz, Rolls-Royce Motor Cars, Porsche, Mercedes-Benz Vans, Land Rover, INFINITI, Alfa Romeo, Jaguar, smart, Maserati, and a luxury Pre-Owned Center on its main campus on Savannah Highway. More recent additions to his line-up include Mercedes-Benz of Mount Pleasant, Baker Buick GMC Cadillac on Savannah Highway, and two dealerships in Wilmington, North Carolina—BMW of Wilmington and Porsche Wilmington.

In January 2018, Mr. Baker founded Beacon Community Bank, the only privately held community bank in the Charleston area where the team is committed to bringing fleet-footed financial services to the local level. Beacon opened its first branch at 578 East Bay Street in January 2018, which marked the first time since 2009 that the FDIC granted approval for a community bank in South Carolina. The bank’s second branch opened in Mount Pleasant in May 2019. With 300 local shareholders, a 17-member board of Charleston’s most distinguished leaders and  business owners and a team of seasoned banking professionals, Beacon Community Bank is local to the core— focused on hometown, personalized, high- end service and swift local decision making. Mr. Baker is proud to actively serve as Chairman of the Board for Beacon Community Bank.

In 2008, Baker Motor Company received the Award for Outstanding Corporation from the Association of Fundraising Professionals South Carolina Lowcountry Chapter. This award honors a corporation or its corporate foundation that demonstrates outstanding commitment through financial support and through encouragement and motivation of others to take leadership roles toward philanthropy and community involvement. Out of all the awards and accolades Baker Motor Company has received over the years, Mr. Baker is most proud of being named one of Automotive News’ Top 100 Best Dealerships to Work For in 2013, 2014, and 2015. In 2014, the dealership was named the #1 large dealership in the country on that prestigious list.

Mr. Baker currently resides on Sullivan’s Island, SC with his wife, Vickie, of 37 years. They have three grown children, Cassie, Katie & Harrison, and four grandchildren, Baker, Jay, Mason & Waylon. He is an avid runner, and most recently took up the challenging sport of paddle boarding. Mr. Baker also enjoys spending as much time as possible with his family and friends.

Thank you for contacting us.We will get back to you as soon as possible
Oops, there was an error sending your message.Please try again later