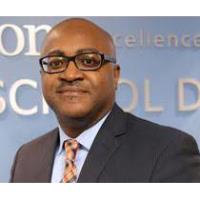 For well over 20 years, Rev. Dr. Eric L. Mack, Sr. has been a notable leader in the Charleston, SC community. He currently serves as the Pastor of Bethany Baptist Church in the City of Charleston. Dr. Mack is a Systemwide Enterprise Imaging Coordinator at the Medical University of South Carolina, and he is also the Chair for Charleston County School District Board of Trustees. Dr. Mack has been employed by MUSC since 1998. In November 2014, he successfully ran and was elected to the Charleston County School Board of Trustees where he has served as Board Chairman since 2019.

A native of Wadmalaw Island, Dr. Mack is driven by this passion to serve the area where he was raised. Being educated through the Johns and Wadmalaw Island school system solidified his zeal, which led to him being a vocal advocate for public education and political issues. Dr. Mack served three consecutive four-year terms on the Charleston County Constituent School Board, District Nine, from 1996 to 2008. He is the founder and past chair of The Islanders' Education Fund Board of Trustees, and he is also a past board member of the Sea Island Youth for Partnership.

In the midst of Dr. Mack's increased public service commitment, he answered the divine call upon his life and was licensed to preach in April 2001. He was officially installed as Pastor of Bethany Baptist Church in December 2003 and became an ordained reverend in January 2004. Under Dr. Mack's leadership, Bethany's church motto ?working and pulling together? was brought into fruition, focusing on kingdom activities within the church, as well as in surrounding communities.

Dr. Mack has worked on several political campaigns. In June 2006, he ran for State House of Representative Seat 116 and ran for a Charleston County Council Seat, District Eight, in 2010. He is the past president of The Wadmalaw Island Precincts I and II, as well as a past executive committee member for the Charleston County Democratic Party.

Dr. Mack is dedicated to positively impacting the quality of life for others through activism and partnerships with communities and organizations. He completed his 15-year tenure on the Board of Trustees for the Sea Island Comprehensive Health Care Corporation as an Executive Assistant Secretary. In October 2006, Dr. Mack was appointed to the South Carolina Advisory Board for the Protection and Advocacy for Disabled People in Columbia, SC, serving until September 2014. He is also the past chairperson for the South Carolina Minority Rural Outreach Program for Disabled People. Dr. Mack is affiliated with the following organizations:

Dr. Mack is the son of the late Henry Pharr and Lillie Mae Mack. He completed his Bachelor's and Master's degrees in Christian Education at Andersonville Baptist Theological Seminary. He furthered his trajectory of higher learning and rightfully earned a Doctorate of Divinity from International Seminary. Dr. Mack and his wife, Calvinetta, have two children, Eric Jr. and Emoni. He and his family currently reside in Wadmalaw Island.

DR. MACK'S SIGNIFICANT HIGHLIGHTS
▪ A recipient of numerous awards for his commitment to service and leadership, such as:

▪ January 2010 - MLK Picture Award from the City of Charleston

"For even the Son of Man did not come to be served, but to serve, and to give His life as a ransom for many". Mark 10:45

Thank you for contacting us.We will get back to you as soon as possible
Oops, there was an error sending your message.Please try again later